UK Sparkling Wine: Standing Out in a Global Market 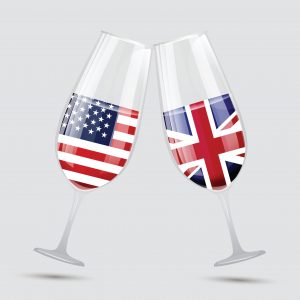 Following the major investments made by renowned Champenois Taittinger, with their English vineyard, Domaine Evremond, and Vranken-Pommery, with their acreage in Pinglestone, in Alresford, Hampshire the push for the international recognition and appreciation of UK viticulture is in overdrive. According to statistics provided by WineGB the United States has become the primary export market for 2018/2019 with the metro market, including New York, Los Angeles and Chicago being identified as key demographics for the sales of English sparkling wine. The reputation of English and Welsh wine is rapidly mounting within the wine trade; influencing wine purchasers, collectors, distributors and consumers, with particular acclaim coming about from sommeliers.

Arnaud Brachet, President of ABCK Corp, stated that “The timing to import English sparkling wine into the US is perfect now”, followed by “as the quality of these wines has now reached world-class standards. Chapel Down Three Graces 2011 ranked no.26 (with 95 points) in Wine Enthusiasts’ Top 100 wines for 2017, while Chapel Down Brut Classic was awarded The Chairman’s Trophy (94 points) at the 2018 Ultimate Wine Challenge”.

Elaborating on some of the defining qualities which have captivated the US market, he went on to explain how both quality and ‘newness’ of these wines have attracted this large consumer base. As English wine had little recognition or awareness in years past, there is a noticeable novelty element which makes English sparkling wine exciting and trendy, with the Royal Wedding between Prince Harry and Meghan Markle bringing additional attention too.

American consumer culture adores new products and like to experiment in fresh and original approaches to traditional products, with the quality of English sparkling wine bringing an enjoyable drinking experience which will keep first-time buyers coming back. Many UK wine producers seem set on placing their product as an alternative to Champagne and other premium sparkling wines like Crémant and Cava.

The collaborative efforts made between English vineyards and Champenois has not gone unnoticed by Americans, who see the French stamp of approval as sign that this budding wine industry is not merely a fad, bound to fade away in a few years, but instead an emerging force which is looking to make its own mark in the competitive world of high quality sparkling wines. The US trade and wine consumers associated have warmed to this new option to their tasting palettes.

One of the most frequently asked questions that is posed with regards to English sparkling wine is how it differentiates itself from Champagne to the degree which has warranted specific interest from many Champenois. Peter Richards MW explains “For a start, it’s English, so it may appeal to people for that reason. Stylistically, the differences are not super clear cut, especially as English winemakers become more and more proficient at imbuing their sparkling wines with complexity and elegance – multi-vintage blends, use of malolactic fermentation and longer lees aging are important techniques in this sense”. However, whilst there are many similarities, the flavours observed from English fizz can have the brightness of orchard fruit, alongside a vibrancy and urgency of acidity and structure which separate it from Champagne.

Champagne Houses look to towards their UK neighbours as one of their largest export markets in which many historic links have been formed, and for them it only makes sense to invest into this country when the opportunity arises. There is also strategic value in spreading financial investments to offset the potential effects brought about by climate change. 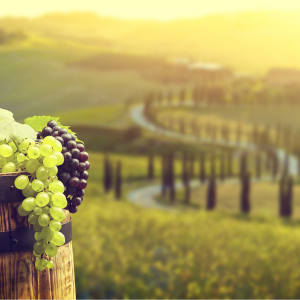 It is common knowledge that the seasons have been warming up and harvests are occurring earlier and earlier. As such, locating vineyards in a more Northern region can be viewed as a logical move; with the added benefit of the flavours being similar; UK wines can be seen as a fresh prospect for growth, in comparison to the matured Champagne market. Whether or not various Champagne houses have invested into the UK yet, there is a general agreement that doing so is a prudent financial decision.

Anne Gremillet, of Champagne Gremillet, sees the potential for including an addition lucrative revenue stream as a key driver motivating Champenois: “If some houses are starting to invest in England, this is probably because they have seen an interest in the English terroir for making sparkling wine. It is not a question of moving Champagne to England; it is above all a new business opportunity”.

She went on to state how the current brands who are investing, or planning to, are larger Champenois which can more easily establish themselves abroad, leveraging their already reputable products to influence any new wines they produce.

Gremillet went on to point out how competition for sparkling wine distinction benefits the whole industry. Her reasoning being that whilst Champagne retains its position at the very top of the sparkling wine tower, with the turnover of Champagne reaching 4.9 billion euros in 2017, there are strong incentives to create value for money and the best vintages possible to hold their advantageous positioning. Healthy competition will force all market competitors to work harder to bring about the best quality wine possible.

The benefits which seasoned Champenois can bring is invaluable to UK growth, however, it must be remembered that both English and Welsh wine need to preserve their own identities and not deviate too much from their origins lest they become viewed as a copy of their French counterparts. 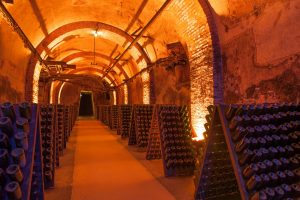 Fortunately, the creation of sparkling wine in the UK is far less restrictive than the conditions imposed upon Champagne production, as there are very strict regulations and quality control imposed upon the French export. If approached correctly English wine can be inspired and learn from French expertise, whilst exercising greater creativity due to their more relaxed regulations, to form an exceptional identity recognised the world over.

Emphasising the capabilities of the UK’s domestic production, for the first time in history, English sparkling wine took more places on the 2018 Sommelier Wine Awards Gold List than Champagne. English fizz achieved a record number of medals, with seven Golds, whilst Champagne’s performance has slumped in comparison to 2017, receiving only half the number of Golds. With English bottle prices almost uniformly coming under £30 and being enjoyed for their light flavour and deft acidity, these winning brands, such as Hattingley Valley’s Classic Reserve NV, or Wyfold Vineyard’s Brut Rosé 2014.

Being a financially viable alternative has opened up these award-winning wines to all prospective customers and with world-class quality being provided at affordable prices it is hard to dispute that English wine is taking the reins of its own future.

We use cookies to ensure that we give you the best experience on our website. If you continue to use this site we will assume that you are happy with it.OkayRead more