Following the recent explosion in success and popularity for the UK wine industry, both domestically and internationally, there has never been a more appropriate time to take stock of the growth experienced with a once overlooked area of UK production. In 2018, a total of 1.6 million vines were planted with over 1000 acres of vine plantings expected to reach and surpass the 2 million mark this year, validating the UK wine industry as one of the most rapidly expanding agricultural sectors within the UK.

Achieving a record-breaking 15.6 million bottles of still and sparkling wine being produced in 2018, up by 264% from the preceding year, a general consensus has been formed that the UK wine industry is entering a boom period. Of particular note are English and Welsh sparkling wines which have reached their own new record of reaching 4 million bottles sold in 2018, which according to the Wine and Spirit Trade Association (WSTA) is up by 6% across the on and off-trade from 2017. 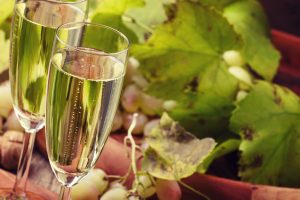 The current sparkling wine marketplace remains to be dominated by Italian wine, with an estimated 117 million bottles of sparkling wine being sold in 2018 alone. This is hardly surprising when considering the known love Brits have of Prosecco. This is tailed by French brands, selling over 28 million bottles (24 million of which are champagne), and Spanish brands, predominantly Cava, coming in third with 23 million bottles sold in the UK.

Whilst these three regions and their produce are seen as stalwarts within the domestic wine trade it is interesting to note that the UK sparkling brands have solidly taken fourth place in overall wine sales rankings, beating competition provided from Australian, German and American fizzy brands combined.

Having gained a foothold in the top four regions for producing sparkling wine the future looks bright, with the excellent conditions provided to vineyards in 2018 setting up the UK industry for sustained success in the coming years.

Sparkling wines account for 68% of all English and Welsh wine produced, and the upward market trend supported by the past two decades foundation, leading Champagne houses Taittinger and Vranken-Pommery have been begun investing into vineyards located in the South of England, with a key factor being the chalky soils and climate with replicate those found within the Champagne region.

Interest coincides with growth, and the Champenois who have been carefully watching the state of the UK wine industry have begun to act directly, with Vranken-Pommery releasing its first English sparkling wine, Louis Pommery England Brut, early last year. This blend of Chardonnay, Pinot Noir and Pinot Meunier is sourced from vineyards in Hampshire, Essex and Sussex and marks the first time in history than an English wine has been sold by a Champagne house. Set to promote even further growth is Pommery’s additional 40-hectare site, Pinglestone, set in Hampshire, which is scheduled to reach optimal production in 2024.

In May of 2017 Champagne Taittinger became the first Grande Marque Champagne house to own and plant an English vineyard, identifying the chalky soils of Chilham, Kent as being the ideal location for their first production venture for English wine. The initial plan is for 20 hectares and over 100,000 vines of Chardonnay, Pinot Noir and Pinot Meunier to be planted, with this number looking to double in the coming years.

With interest of English wines being piqued and significant investments being made in the past few years, exports are due to account for 25% of all production in the next few years. Peter Richards MW, has said the fact that Champenois are choosing to invest in English production represents a substantial and noteworthy vindication of the quality and assurance brought about through the UK’s best sparkling winemakers. 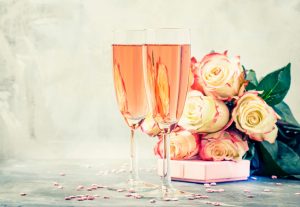 It should be remembered, however, that the major Champenois have long recognised the potential residing within the South of England for housing world class viticulture. Peter reinforced this statement by pointing out how “Jean-Manuel Jacquinot was instrumental in helping Nyetimber in its first few years, Hervé Jestin’s been at Hambledon for a while now and Didier Pearson has been involved too”. In spite of this support, the notion of different major Champagne houses backing up these actions with significant financial investment has provided a strong endorsement, which cannot be understated, in illustrating just how far English wine has come.

With all of these positive aspects backing up the growth of the UK wine trade, it is still vital to recognise the current economic landscape with Brexit’s effect on the pound, in conjunction with inflation rates, creating a “tough trading landscape”, according to Miles Beale (WCSTA Chief Executive). Currently duty is very high within the UK, with sparkling wine attracting duty rates of £2.86 (plus VAT), this being 28% higher than the still wine duty equivalent which UK consumers pay. Compared to France, where consumers pay the equivalent of 7p on a bottle for sparkling, and 3p for still, shows a large discrepancy in governmental approaches to wine industries. 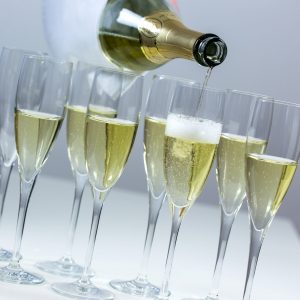 Despite this gap, Miles went on to say how “Only by working together can we highlight the importance of the wine and spirit trade to the UK economy and bring about changes which will benefit bother businesses and consumers”, with him noting that “against all the odds, the UK wine trade has come out fighting and proved it can compete with the best of the best at a global level”.

Indeed, a manifested rise in the quality, investment, international recognition and acclaim, increasing availability of UK fizz, with production being increased by the ‘double-edged’ effects of climate change, there is a positive future for a home-grown industry which would be hard to envisage merely three decades ago. Having the assistance of established and experienced Champenois aid UK vineyards is bound to increase the skill and expertise by which UK wine producers operate, with an added benefit arising through the association and education of the wine-buying community and general public in understanding and acknowledging why English sparkling wine ought to command the respect and have comparable pricing to other fizz, in particular Champagne.