By Lisa Riley, from Harpers.co.uk

The Wine Show and When in Rome have joined forces to launch a wine specifically sourced for the ‘unpacked market’.  In a bid to reduce the environmental impact of heavy, energy-intensive, glass packaging, the duo has introduced a wine that comes with minimal packaging thus a reduced carbon footprint.  The wine, a Portuguese Lisboan Reserva, will be available in four Waitrose stores from 9 December as part of the retailer’s Unpacked scheme.

Available via Waitrose’s wine refill stations, customers can purchase a swing-top carafe-style bottle for £7.99, with refills costing £6.99.If bought in a traditional bottle the wine, a blend of chardonnay and indigenous grapes from Lisbon, would retail at £12, according to The Wine Show.

“We were set the challenge to find something delicious, versatile and kind to the planet. When we started, we didn’t imagine we’d find the answer in one of the world’s most traditional wine regions. And in a format that re-thinks 17th century ways of wine shopping,” said The Wine Show presenter Joe Fattorini.

The launch follows Waitrose prediction last month that the concept of buying wine and beer in refillable bottles (BYO) could soon become the norm in the UK.  The retailer made the prediction on the back of the “phenomenal results” of its Unpacked pilot launched in June at its Botley Road store, in which four types of wine and four draught beers were available.

Melanie Jappy, executive producer of The Wine Show said, “It’s part of the cultural memory of so many European countries to use your own bottle. I’d love to see people in the UK embrace this project not only because it’s good for the environment but because they’re getting a great wine at a terrific price.”

The wine is currently available from Waitrose in Botley Road, Oxford, Abingdon and Wallingford, in Oxfordshire, and Cheltenham in Gloucestershire. 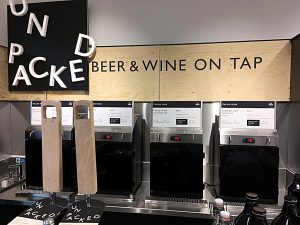 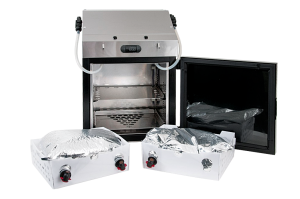 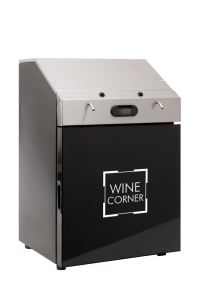