With 2018’s bountiful harvest yielding a significantly high quality of grapes due to the hot Summer temperatures and ideal conditions exposed to UK vineyards, the future looks brighter than ever for the UK Wine Industry moving forward into 2019.

British Wine has been flying under the radar for many years, slowly gaining international recognition as a region which can produce impressive brands and exceptional vintages, but it is only in the past five years that a notable increase in popularity of British Wines has raised the eyebrows of many enthusiasts both domestically and internationally.

A survey conducted by the Wines of Great Britain, in conjunction with the data analysts ‘Wine Intelligence’, have confirmed that 15.6 million bottles of wine were produced within the UK in 2018. This statistic further highlights the significant growth occurring within the domestic wine scene as the crop produced was 130% higher than the preceding harvest produced in 2017 which was heavily affected by frost and only produced 5.9 million bottles. Last year’s significance in the wine arena cannot be understated as the previous production record of 6.3 million bottles produced within 2014 was surpassed by a huge 9.3 million bottle differential. 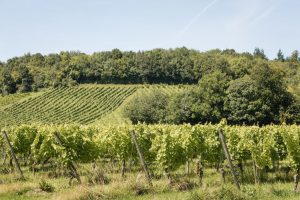 You might be asking: “How is it possible for UK Vineyards to be producing so much more wine than they were capable of doing 1-2 decades ago?”. The answer to this can be derived from the vineyard boom which has occurred in the UK, seeing acreage of vineyards tripling since the year 2000, with there now being more than 500 commercial vineyards situated domestically.

As time has gone by this growth is gradually increasing, with acreage increasing by over 10% in the past year; this equates to 1.6 million vines being planted in 2018 with an additional 2 million vines set to be planted this year. A large portion of these acreages (76%) have Chardonnay, Pinot Noir, Pinot Meunier and Bacchus currently being planted within them.

After observing this rapid progress, it will come as little surprise that the UK domestic wine industry is one of the forerunners in the UK agricultural sector. In fact, judging from the current rate of growth it is projected that 40 million bottles of wine will be produced annually within the next 20 years. If these projections are met, a growth of 256% will be achieved using 2018, a remarkable year by all metrics, as a point of comparison.

Another prudent question to pose on the topic of domestic growth is how scalable is the UK wine trade? Fortunately, a recent study undertaken by Alistair Nesbitt at Climate Wine has estimated there are approximately 70,000 acres of land in the UK which are suitable for wine production. This means that there remains ample opportunity for current and prospective wine producers to expand into for the foreseeable future.

Of course, the benefits which coincide with the evolution of the UK wine industry are not merely constrained to wine lovers and their ilk. With a growth in the number of wine vineyards comes the demand for capable workers who can help promote this budding industry to even greater heights. There are currently 2,000 workers employed within the wine industry, covering a wide range of roles and occupations; from winemakers to mechanical engineers, cellar support staff and administrative roles such as receptionists and logistic managers.

Over the course of the next 20 years it is predicted that between 20,000 – 30,000 jobs will be created, providing opportunities for labour creation, skill development and hands-on experience. With the looming prospect of Brexit still hovering above the UK, the concept of a once overlooked domestic sector receiving a substantial boon is sure to be warmly welcomed as the accompanying benefits will provide a significant financial injection into the UK economy.

Whilst surveys have noted the significant growth of English and Welsh wine sales in 2018, it has been observed that larger wine producers, these being classified as holding acreages between 8 and 18 hectares, were outperformed by their medium sized counterparts. With regards to still wine, large producers make up only 9% of sales, whereas medium producers account for 27% of the market sales; Sparkling wine was much closer with large making 9% market share and medium having only 1% more, totalling 10%. 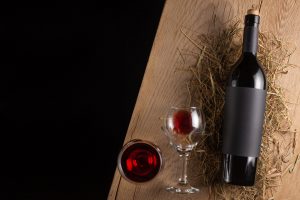 This report also accounted for sales made in supermarkets, high streets, independent retailers, restaurants and online. Online retail platforms have been gaining particular focus recently from the UK wine industry, with over 71% of wine producers who do not sell online currently, planning to sell their makes through their own websites, or recognised wine-commerce sites, in the near future. This move to provide an online portal for purchasing specific vineyards produce will likely coincide with a further increase in sales in the coming years.

Through this revolution in the UK wine scene there is an added benefit of increased tourism opportunities for all vineyards and other related areas of prominence. With 86% of visitors currently coming from within the UK itself, there is a marketplace opening which many producers have begun to address.

The notion that UK vineyards will become hotspots for tourist activities in no longer a vague concept but is instead grounded in reality with exports doubling in 2018. 80% of these exports have been sourced from large vineyards, with the largest market demands coming from the USA (California, Florida, Texas and New York being the states with the biggest appetites), and many Scandinavian countries such as Sweden, Denmark, Norway and Finland. These countries accumulatively make up over 60% of total UK wine export receivers. WineGB has forecast exports making up between 30-40% of all wine produced in Great Britain by 2040, creating an estimated value of £350 million per annum.

This week, from Saturday 25th May to Sunday 2nd June, English Wine Week will be taking place providing even more opportunities for vineyards and other various wine outlets to highlight the elegance and features of English wine to existing and potential customers. WineGB and many other vineyards are making a concerted push to bring distinction to UK wines, with promotions occurring country wide there are numerous places to visit. A by-product of this proactive approach will be economically boosted food, drink and hospitality industries country wide. Drawing inspiration from other wine regions such as Burgundy, Rioja, Tuscany and many others, UK wine tourism is projected to reach £658 million annually in additional revenue by 2040.

With 2018 serving as a launchpad for the coming years, all English and Welsh wine lovers are feeling optimistic for the future. Indeed, should this ‘Wine Boom’ continue on over the next decade alone then the UK economy will be singing the praises and proudly supporting a new potential signature institution.

At Wine Corner we wholeheartedly support the British Wine trade and are looking forward to see what is in store, both for us, and all of the customers who will see the emergence of a internationally renowned wine region. With this acclaim will come a new demand for wine storage facilities which we are more than happy to discuss anyone’s needs on 01302 751233 or by email at info@winecorner.co.uk. 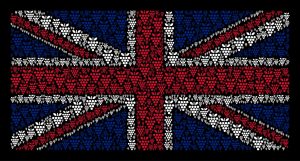